I teach and write literary and media theory with reference to humanist critiques of technology, political capacities of art, and cultural histories of the US Left.

I've published two books—Dismantlings: Words against Machines in the American Long Seventies (Cornell University Press, 2019) and What Lies Between: Void Aesthetics & Postwar Post-Politics (Rowman and Littlefield Intl., 2015)—and my other writing appears in such journals as diacritics, Configurations, Cultural Critique, Camera Obscura, and Postmodern Culture, for which I co-edited a special issue on the topic of "Medium and Mediation." Thoughtful praise of Dismantlings appears in American Literary History, in boundary 2 , and in The Year's Work in English Studies; and of What Lies Between in American Literature. I interviewed on the topic of literature and technology with Public Books and on critical cyberculture with our Digital Culture and Media Initiative, which I now direct. I wrote on the Cornell Press blog about how digital culture is best discussed as a continuing episode in the long duration of production and exchange, work and war, power and money.

Next up, more books, of which Sabotage Visions is a postaesthetic theory of technology and survival, and Migraine-Work is a political and media theory of migraine headache. 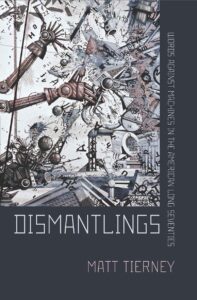 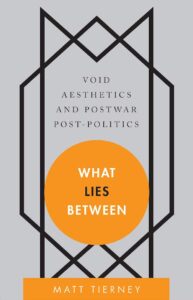 Cultures of work, genres of dissent, novels about computers