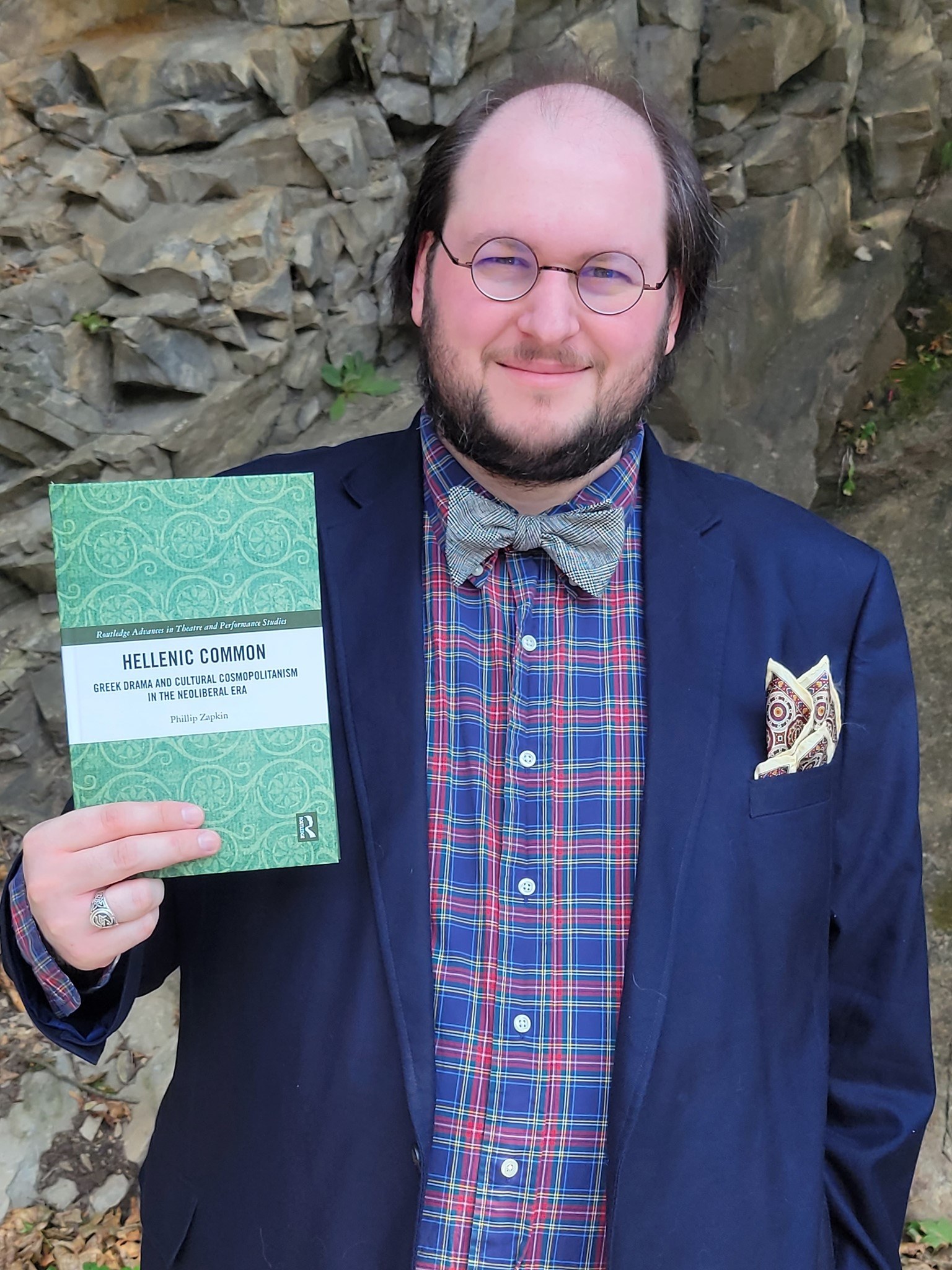 Phillip Zapkin joined the Penn State faculty in 2017 as an Assistant Teaching Professor teaching introductory rhetoric and composition, and now teaches business writing and social sciences writing as well. He has previously taught composition in both his Master's program at the University of Vermont, and his Doctoral program at West Virginia University, where he also taught literature classes.

As a scholar, Phillip works principally on contemporary British and Anglophone drama, especially adaptations of Greek drama and myth. He became interested in adaptations from Greek theatre after seeing Moira Buffini's Welcome to Thebes in London in 2010.

Phillip's first book, Hellenic Common: Greek Drama and Cultural Cosmopolitanism in the Neoliberal Era, argues that because Greek tragedy is part of a global cultural commonwealth, when contemporary dramatists adapt these materials for current (often cosmopolitan) purposes this act of adaptation inherently challenges neoliberal capitalism, which is built on the presupposition of (intellectual property) ownership. The book is available from Routledge at https://www.routledge.com/Hellenic-Common-Greek-Drama-and-Cultural-Cosmopolitanism-in-the-Neoliberal/Zapkin/p/book/9780367536466.