“What is an American?„ 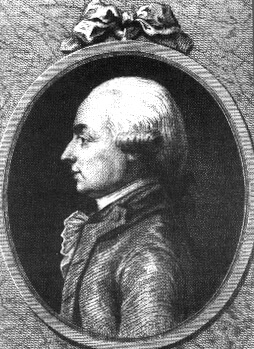 “What is an American?” J. Hector St. Jean de Crèvecoeur famously asked during the Revolutionary War. His question has continued to resonate and to take on new meanings for writers, readers, scholars, and students. What was “American” literature prior to the revolutionary formation of the United States? How did writers in the early years of the United States conceive of their literary work as part of a process of national self-definition? What compelled the imaginations of both readers and authors a century after the nation’s formation? How did immigrants experience and shape the New World? How did slavery happen and how did it end? What was the relationship between humans and the natural environment? In what ways is “America” larger than the United States? How did writers from divergent backgrounds find–or struggle to create–a place in the literary world? What were the popular literatures of early America and what made them popular?

The American Literature before 1900 cluster provides English majors the opportunity to explore an exceptional variety of literary forms and authorial voices from the moment of European contact with the New World through the early twentieth century. The narratives, poems, histories, sermons, novels, nature writing, plays, comedies, essays, epics, short stories, speeches, polemics, and songs that constitute American literature before 1900 were created by writers from a wide range of locations and critical positions. In their lively and often surprising works, they provide us with a way to think about how American literature–and America itself–is always evolving and endlessly provocative.

Possible courses for a pre-1900 cluster:

Other courses that could have an American component, depending on how they are taught: