Students will spend a month touring Ireland, from a tiny coastal town to the hubs of Galway and Dublin. This is a nine credit program. Students take one art class, one English class, and a third class in one of those disciplines as per their choice. 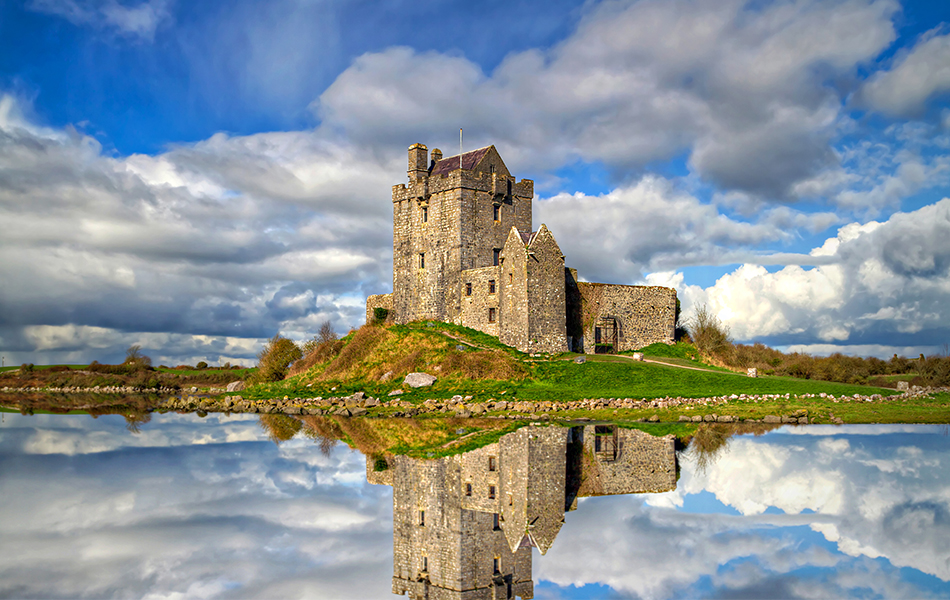 Often referred to as the “Cultural Capital of Ireland,” Galway has long been a place of inspiration and a creative haven for the literary crowd.   Founded as a military settlement in 1124, this city is rich in history, culture, and influence.   At the National University of Ireland in Galway, you can begin to understand how Yeats was inspired by the Irish countryside, walk the streets where James Joyce met both his wife and inspiration, and discover how this city helped Ireland rediscover its literary and cultural voice. Galway is located on the west coast of the Republic of Ireland, and is the only city in the province of Connacht.  It is home to a diverse population, and though many of its residents are of Celtic, Flemish, and Norman heritage, the city also has a large immigrant population, particularly of Polish and Eastern European origin. As of the 2006 census, Galway is considered Ireland’s fastest growing city and it has a large influence on the Irish cultural landscape.

According to the Galway City Atlas, in 2004 Galway was home to ten festival companies, four writers’ groups, twenty-three musical organizations, and over fifty venues for cultural events. Galway hosts a number of festivals, including:

Because of its location and vibrant culture, Galway is considered a “bilingual city,” as it proudly maintains new and traditional aspects of Irish culture, including Irish-language events, Irish film, and Irish music.  This, in addition to its location within the Republic of Ireland’s most predominantly Irish-speaking area, make Galway a city well known for its “Irishness,” and a perfect place to get in touch with your own Irish heritage or to learn more about the nation’s past, present, and future.

The National University of Ireland at Galway 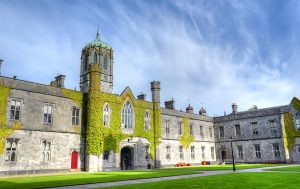 In Galway, you will be studying at the National University of Ireland at Galway, an academic institution founded in 1849 as Queen’s University of Ireland.  It has long been an innovator in education, and is the alma mater of Alice Perry, who graduated from the University in 1906 and is widely believed to be the first female engineering graduate in the world.  In 1929, under special legislation, it was granted permission to use the Irish language as the official language of the University, which helped to cement Galway as a haven for Irish culture.

Like the city itself, NUI is home to a dynamic and vibrant student life. There are a wide variety of student societies to be involved in, including the Literary and Debating Society, which formed independent of the University in 1846 and was incorporated as a student organization in 1852.  Each February, NUI hosts Múscailt, an on-campus arts festival that showcases the emerging artists at the University.

The English Department at NUI is one of the largest departments of the University, with over twenty members of staff and over one thousand undergraduate students.  The department has a strong postgraduate facet, with a variety of masters and doctorate degree options.  Additionally, research within the department spans the full range of literary history. Research strengths of the department include:

Our undergraduate courses are intended to guide students through a very wide range of literature and other forms of communication. We teach courses on literature from the middle ages to the present, and from nearly all the English-speaking countries of the world. Students can also study contemporary forms of communication such as cinema and media. We regularly host a writer-in-residence and several visiting scholars. –Department of English, National University of Ireland, Galway.

While at NUI, you can take courses from areas as diverse as literature itself.  Depending on your particular interests, below are some of the course options offered by NUI:

Accomodation at NUI Galway is available in single or shared room residence halls managed by the University.  In some cases, housing is available in the homes of host families.  There are nine University residence halls, and all of these are self-catered, meaning students cook and prepare meals for themselves.  You will need to provide things like cutlery, pots and pans, plates, and other kitchen supplies.